Antioxidant; Skin conditioning, an oil-soluble substance, mainly protects the cell membrane and fat layer of the organism, and has some skin care effects[3]. The main value of external use lies in "Antioxidant", such as preventing UV damage; preventing free radicals from damaging healthy cells The contribution of Antioxidant to the skin is similar to that of vitamin E; polyphenols; isoflavones, but the molecular weight of Q10 (863) is larger than that of the above substances. If you choose Antioxidant products, you really don’t have to only love Q10 [4]. 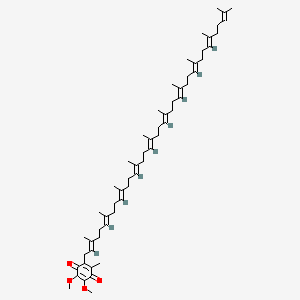 Thanks to Nivea, Q10 is a pretty well-known ingredient and the fame and Beiersdorf's (the parent company of Nivea) obsession with it are not for no reason. It's an antioxidant found naturally in human cells where it plays a big role in energy production.

In fact, it's so important for energy production that if taken as an oral supplement it has a caffeine-like effect and if taken at night you will probably not sleep very well (so you should take it in the morning). Q10 supplementation is not a bad idea: it not only gives you energy but research also shows that oral Q10 increases the Q10 level of the skin (of course, it decreases with age like pretty much every good thing in the skin) and may help to reduce wrinkles.

We use cookies to provide and improve our services. By using our site, you consent to cookies. Learn more